The Sound of an Epic Night 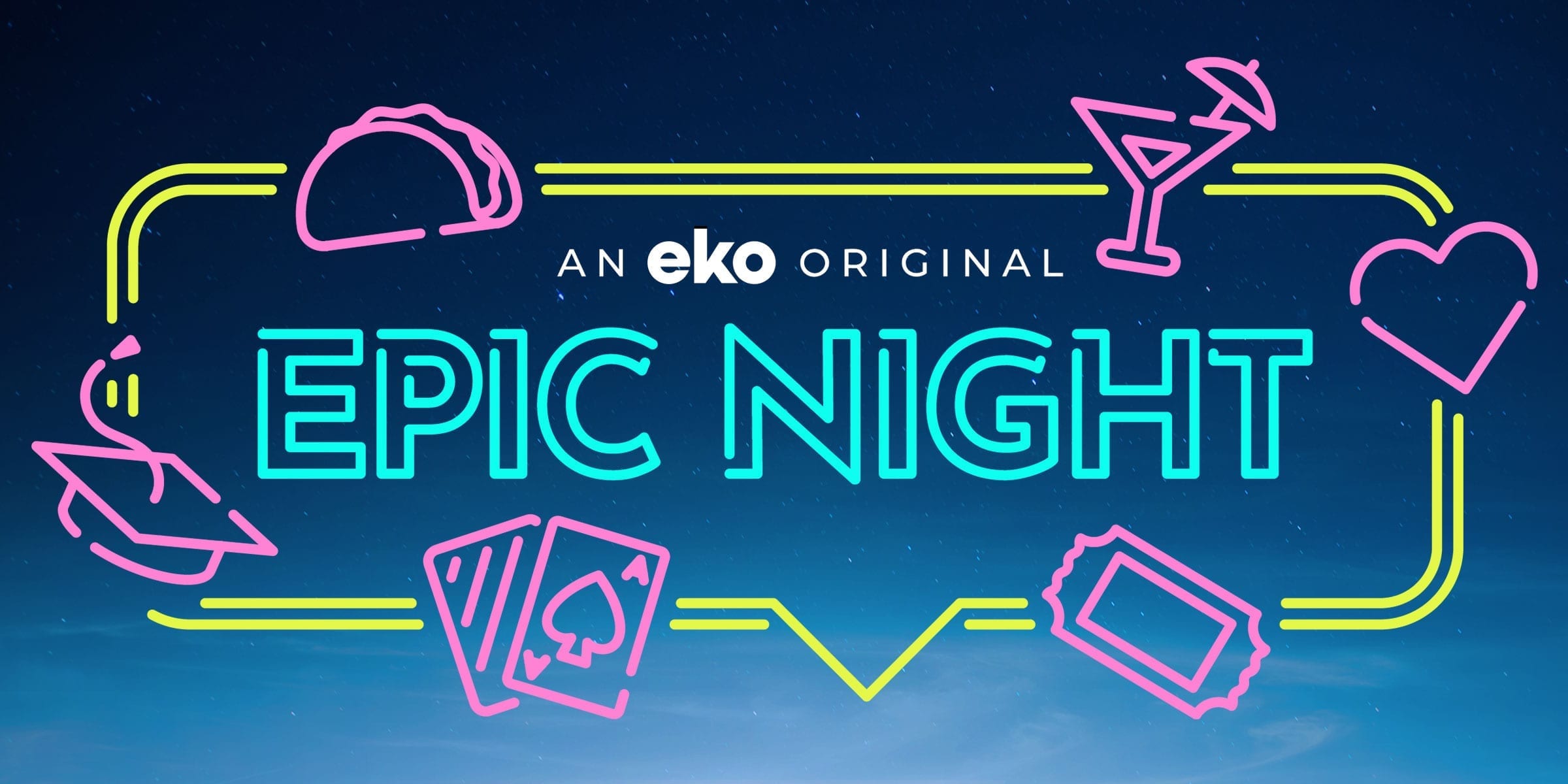 We at Audionamix have been familiar with interactive video company eko for several years. Formerly known as Interlude, eko’s tools helped us to create interactive tutorial videos for our TRAX products. Eko is now focused on creating choice-based series, including the college-age romp, “Epic Night”.

In this interactive rom-com, three friends celebrate their college graduation in a night of house parties, burrito challenges, and eccentric rideshare drivers on their way to the biggest music festival of the season. Stepping into the shoes of the protagonist, Martin, viewers make choices at key moments in the story, leading to twelve completely different outcomes. Although a viewer can navigate through an installment in about 10 minutes, each episode contains nearly 30 minutes of content to cover all of the possible storylines.

We sat down with “Epic Night” producer JP Quicquaro and post-production sound mixer Stephen Oliver to discuss the making, and mixing, of this choice-driven series.

What was the biggest difference working on Epic Night versus non-interactive productions?

JP: Production wise, you’re planning a whole bunch of scenes that the user may not see or experience, so logistically there is a lot more to plan for. You’re not writing a through line, a linear story from point A to point B. You’re getting from point A to point Z and every combination of the alphabet in between. When you have this type of interactive content, it exponentially increases the work on the post side. One of the most difficult things is figuring out how to process sound and handle all the different nodes, and marry all those together and get a seamless integration of audio, video, and performance.

Stephen: In most shows you mix one version of a scene and it’s done. For “Epic Night”, because of the interactive nature, there were often two, three, or four versions of the same scene, depending on what choice you make as the viewer. For example, early on in the show the group splits up and you can choose to go with Lillis, or go with Jess. While that’s a simple choice, it leads to entirely different scenarios in the episode, and even to callbacks to that decision in later episodes. We had to keep close track of each choice and where it led to make sure things were mixed consistently. When you click the button to make your decision, it’s a seamless transition, so you never notice a pause or change in the sound. Since the different possible scenes following a decision weren’t always consistent in length, we had to make sure that the audio happening at the end of a scene, and the audio at the beginning of the next scene were exactly the same across all the choices, so they’ll flow together naturally no matter what you choose. I found my most important tools to be Pro Tools for its quick editing abilities and IDC for fast dialogue denoising.

What were some audio challenges that needed to be solved in post-production?

JP: Often when actors in a movie or show are in a car, they aren’t actually driving, there is something used called a process trailer, which is a low flat bed truck that the car is driven onto. So a truck driver is driving the car on the back of the truck so the actors don’t have to worry about actually driving. You might have 15-20 people on the back of a truck filming the car. You add lights and sound equipment and stuff it in the car and everyone stands on the back of the truck that’s driving while the car just sits there. We used a process trailer for the opening scene. The trailer we had was a bit rattly, and there was road noise and engine noise. That was very challenging and that’s our opening scene so it was really important to make it smooth. Everything sounds really great after the post-production work that Stephen did.

Stephen: With the car scenes there were different engine noise between cuts; sometimes a low drone, but during acceleration it was a rising frequency. Since we are cutting back and forth between the characters in the car, this engine noise would jump back and forth quite noticeably. IDC helped to isolate just the dialogue so that we could build a more consistent car tone underneath.

JP: We had another particularly difficult location where we were filming outside a store on the side of a road, and we were there for a long time to shoot all the different outcomes, we went from early evening to 2 or 3 in the morning. The background sound was completely different because we had a bunch of different levels of traffic. If you have consistent ambient traffic, you can work around it, but we went from half the shots having busy traffic, to it being dead quiet in the middle of the scene and it was a really challenging thing. That’s common across all of film but it was compounded because we were there for so long shooting all these different scenarios.

Stephen: We found that the best solution in that case was to both remove traffic noise from the dialogue and then add consistent traffic background from a sound library, to make everything have the same average level of noise. Again, IDC was instrumental in reducing the traffic noise. I was able to go pretty deep without making the dialogue sound unnaturally thin.

Stephen: In one scene, Martin and Jess are walking together through a park at night. It’s a tender moment where they’re really connecting. To properly light the scene the crew needed a generator running, which unavoidably bled into all the mics.

JP: It was a wide open shot, and we only had a certain amount of cable, so the generator had to be close. The actors were also walking towards the generator so it was getting louder and louder as they approached it.

Stephen: There was a hum at different frequencies but also an underlying pulse and mechanical noise, so hum removal helped, but wasn’t enough. IDC let me significantly reduce the generator noise while keeping the speech clear and free of artifacts.

Epic Night was directed by Andrew Rhymer, executive produced by Benny and Rafi Fine, produced by JP Quicquaro and Lisa Steen, and written by Scarlett Bermingham and Sierra Katow.

About the Products Mentioned in the Blog 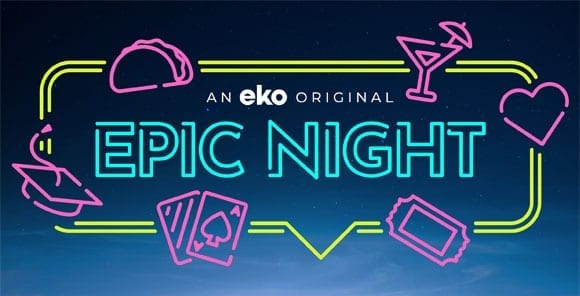 Watch the full mini-series now on eko.com or the eko app. 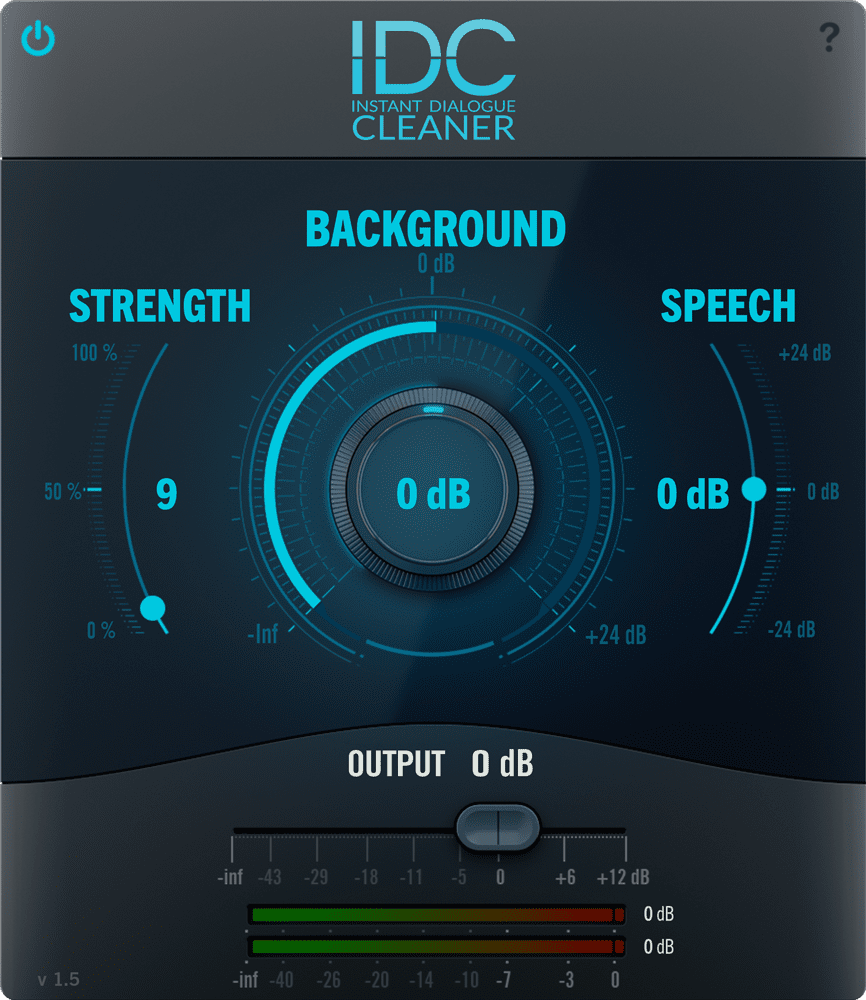 The best tool on the market to address common podcast audio problems including room ambiance, wind, traffic and nature sounds.